Beyond The Rack - Kingsley Holgate

A Front Runner supported Kingsley Holgate Foundation expedition recently headed to Ras Xaafun, the most easterly point of the African continent, located on the troubled Horn of Africa. The expedition was extremely dangerous with US military anti-terrorist operations and devastating bombings creating extraordinary challenges.

“The threat of our team being attacked by Al Shabaab, or kidnapped and held for ransom was very real,” said a relieved Kingsley Holgate. “We had to keep the expedition’s destination top secret; to the extent that when we left South Africa, we created a false story that we were only going as far as the ancient walled city of Harar in Ethiopia.”

In the province of Puntland, protected by 25 heavily-armed troops in vehicles mounted with light machine guns, the five-crew expedition team, in their Front Runner equipped All New Land Rover Discoveries, had to travel at high speed to avoid detection.

“We didn't expect Africa's extreme east point to be so dramatically wild, empty and beautiful,” said Ross Holgate, the expedition leader. “As we attached a commemorative plaque, written in Somali and English, to the remains of the old Italian-built lighthouse. It was a solemn moment for all of us. Local dignitaries and members of our security detail wrote messages of peace and goodwill in Somali in our expedition Scroll; they too couldn’t believe it - this place is so raw and untouched, even they had never been to Ras Xaafun before.”

The team returned to the Puntland capital of Garowe and were quickly greeted by security officials demanding entry to their hotel compound and accusing the expedition of being spies or illegally prospecting for minerals.

“It was a scary situation,” recalled Kingsley. “They searched the Landies, even checking that they weren’t bullet-proofed. It was largely thanks to our expedition Scroll of Peace and Goodwill, with its messages of support from across Africa and previous expedition images – including the team with Nelson Mandela and other VIPs – that we secured our release.”

Kingsley, Ross and team members Bruce Leslie, Sheelagh Antrobus and Mike Nixon still had to cross the 50-kilometre ‘no-man’s-land’ stretch of disputed territory between Puntland and Somaliland, and then, under Somaliland police protection, take desert tracks to reach Djibouti. Due to increasing tensions in the region, they opted to ship the three expedition Land Rovers back to South Africa.

The Holgate team has now achieved a long-held goal to explore every country in Africa, conducting Land Rover-supported humanitarian work on each journey that has benefitted millions of people.

“Both en route and in Puntland, we distributed lifesaving mosquito nets to mothers and children in areas where malaria is rife, provided reading glasses to poor-sighted elderly villagers and in drought-ravaged communities, handed over LifeStraw units that each provide 30,000 litres of filtered drinking water to needy families,” explained Ross.

This expedition to Somalia is a world-first in many ways for the Front Runner partnership. It was the first major test for the recently-launched All New Discovery with Front Runner Roof Rack and accessories: the tough, 12,000-kilometre, eight-country journey to Somalia saw the vehicles, equipment and crew tackling deep sand tracks, rocky mountain passes, swollen river crossings, and in northern Kenya, enduring heavy rains, flash floods, washed-away bridges and days of muddy digging, winching and pushing. “Our lives depended on the speed, reliability and capability of our equipment to cross the vast, challenging desert landscape as fast as possible,” said Kingsley.

Click here for more information about the Kinglsy Holgate Foundation >> 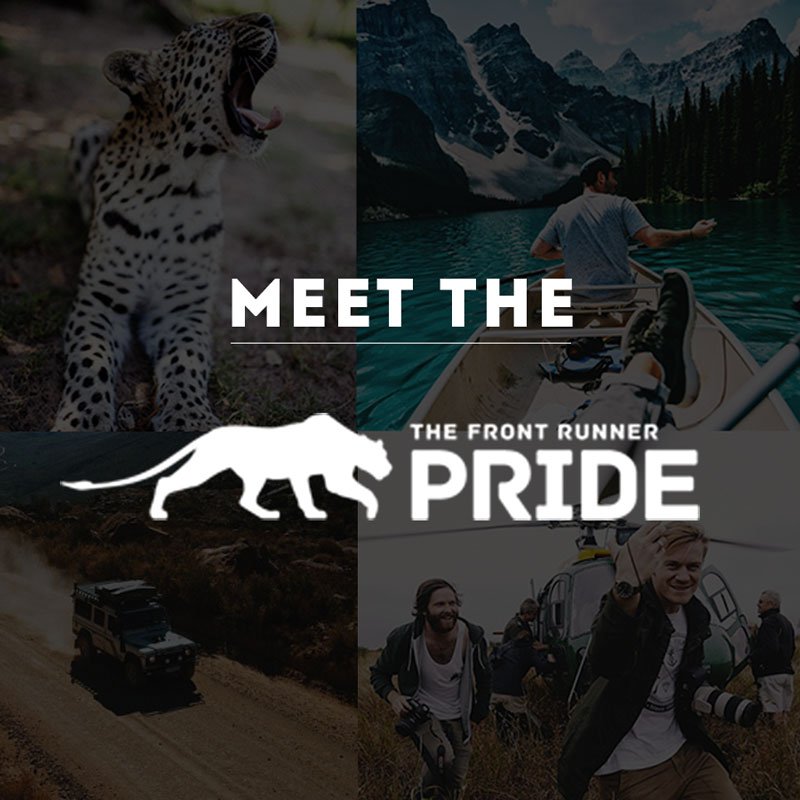